Home Business Why African farmers are waking up to the huge potential of guinea... 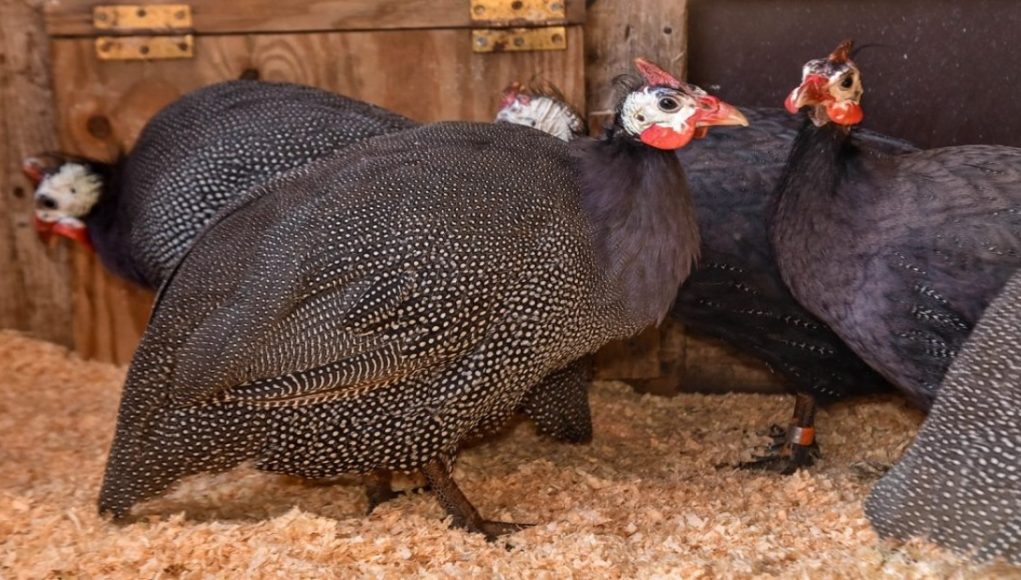 In Africa, the potential of guinea fowl largely remains untapped across the continent’s sprawling markets.

But poultry farmers in the southern and western regions are now beginning to see capacity expand, amid an effort to commercialise guinea fowl production.

Poultry farming is generally taking off across Africa but has for a long time been dominated by the production of broiler chickens, with free-range chicken farming also on the rise. Now, guinea fowl farming is shaping up into a commercial venture in southern African countries such as Zambia, Malawi and Zimbabwe while in West Africa, Ghana is a front runner, owing to massive support being given to farmers from the World Bank.

According to Dr Chisoni Mumba, senior lecturer in livestock and animal-health economics at the University of Zambia’s School of Veterinary Medicine, guinea fowl production remains a largely “unexploited investment opportunity in Zambia” and other African countries in the region.

In Zambia, whose production trends also mirror practices in neighbouring Zimbabwe and Malawi, guinea fowl rearing “is practised in combination with free-range chickens among small-scale farmers,” while commercially viable production farms are also emerging. Among the advantages of guinea fowl that are beginning to be appreciated is that they are considered to be more resistant to common poultry afflictions, such as Newcastle disease, compared to chickens.

This is corroborated by experts such as Abdul-Rahman, II, who co-authored the paper “Guinea fowl value chain: preferences and constraints of consumers”, published in 2019 in the African Journal of Food, Agriculture, Nutrition and Development, which says:

“Guinea fowls are easier to manage by resource-poor farmers with hardly any access to formal veterinary services because they are resistant to most poultry diseases. Housing is rudimentary and health-management practices depend largely on ethno-veterinary medicine.” The paper’s authors also note, however, that in Africa, the birds are still predominantly “raised as free-range scavenging birds” while the subsector has also “seen little genetic improvement” across major markets.

The World Bank has been supporting guinea fowl farmers in Ghana under the West Africa Agricultural Productivity Program (WAAPP) capacitation framework. Under this programme, guinea fowl population in Ghana now accounts for about 7 per cent of the national poultry population and farmers in northern Ghana obtained more income from the guinea fowl than from chicken, which highlights opportunities for further growth and effective commercialisation.

Franklyn Yeboah, deputy director for Ghana’s Ministry of Food and Agriculture, who was one of the team leaders of WAAPP, told The Poultry Site that despite the numerous advantages and opportunities for commercial guinea fowl production in Ghana and across Africa, production of the birds “has not received enough attention and the needed support” to enhance production.

Guinea fowl production, particularly in West Africa, is saddled with some constraints that include poor hatchability and the high mortality of keets at farmer level; a lack of prophylactic treatments such as vaccination and deworming; and poor early sexing techniques that would help maintain adequate breeding stocks. Other challenges for African guinea fowl farmers include a weak scientific and technological information base on local breeds and feed formulations, inadequate funds to expand enterprises and weak development up the value chain.

Value-chain support is one area that is worrying experts on guinea fowl production in Africa. The University of Zambia’s Dr Mumba is convinced that “the guinea fowl value chain is 99 per cent informal” and highlights that these occasions challenges for further value-chain development. For example, guinea fowl farmers across African markets such as Malawi, Tanzania, Kenya and others still use informal means of marketing their products as there are no formal markets or platforms to promote value-chain development.

One of the major barriers to growing the industry, says Mumba, is the “unavailability of incubation services in most rural and peri-urban areas where these farming activities occur”. In the few areas that do have access to such services, meanwhile, the cost is usually too high for the farmers to afford.

A high hatch rate would improve the number of guinea fowls produced by each guinea fowl farmer, but environmental factors such as adverse weather conditions can hurt brooding. This is “due to a lack of knowledge of brooding, as most guinea fowl farmers are used to natural brooding done by chickens… which are exposed to excess rain, heat and cold due to poorly constructed” poultry houses.

Feeding is also something that requires adjustment. “Most guinea fowl farmers in Zambia and Africa practise free-range rearing systems with little or no supplementary feeding. They do not know how much to feed guinea fowl chicks and what nutritional content [is required]. What medicine, vaccines or vitamins do these chicks need and at what age and frequency? These animal-management practices would be vital if we were to commercialise the guinea fowl value chains in Africa,” explains Mumba.

In Ghana, the past few years have seen an increase in support for guinea fowl production through developmental projects such as Smallholder Agricultural Development Project (SADEP), Smallholder Rehabilitation Development Programme (SRDP) and part two of the WAAPP project. Together these initiatives have resulted in a growth in capacity and financing. One outcome has been the “introduction of 1,000 capacity incubators and technical support” to farmers, which, according to Augustine Danquah, the monitoring and evaluation specialist for WAAPP, resulted in “farm expansion through higher bird population, and increased incomes and livelihoods” for Ghanaian guinea fowl producers.

As many as 80 beneficiary farmers in the three regions in northern Ghana were endowed with high-capacity incubators, generators, feed, eggs, drugs and vaccine as starter-packs, with the WAAPP programme rapidly expanding to cover more than 8,000 farmers in the country.

“Furthermore, many farmers are aware of the commercial potential of guinea fowl production,” says Yeboah. “Good husbandry practices to ensure increased productivity; the use of incubators to hatch more eggs; the use of homegrown vaccine (NDI-2) to combat Newcastle disease; and the establishment of a guinea fowl training centre in the north are some of the benefits derived through the implementation of projects such as WAAPP 2A to achieve some success in guinea fowl production in Ghana.”

This is feeding into other key advantages around guinea fowl production in Africa. According to poultry producers from the Chalus Farm in Zambia, the birds are good egg layers. They also advise that the laying of eggs, which needs to be controlled, is mainly concentrated between August and April.

“They lay their eggs in large clutches away from the coop, preferring bushy or dark areas. Guinea fowls are poor at taking care of their young and if you do have keets, you are better off taking care of them yourself… For us to maximise the number of eggs collected, it will be prudent to have a large coop for the fowls with an outer enclosure for them to roam but not wander off from your farm.”

Apart from regional exports, “smoked guinea fowl meat is a delicacy and is often exported to family relations in Europe and America,” strategically boosting the farmers’ earnings through foreign-currency receipts. Dr Mumba also believes that guinea fowl consumption can be boosted through “incentivising consumption by improving access to high-value markets” in the region and abroad.

As Zimbabwean poultry producer Thompson Manatse – whose projects include guinea fowl and free-range chickens – says, enhanced knowledge and capacitation are key to unlocking the full potential of the industry. Research and genetic diversification to come up with the best breeds is also key, which highlights the slow base that the African guinea fowl farming industry is springing from.

“There is demand – sometimes we can’t even match demand. If we can secure funding to expand, we can further develop into a large-scale producer with potential for exports. We need more research, more knowledge and best practices that help us conserve resources,” says the Zimbabwean farmer, based just outside the capital, Harare.