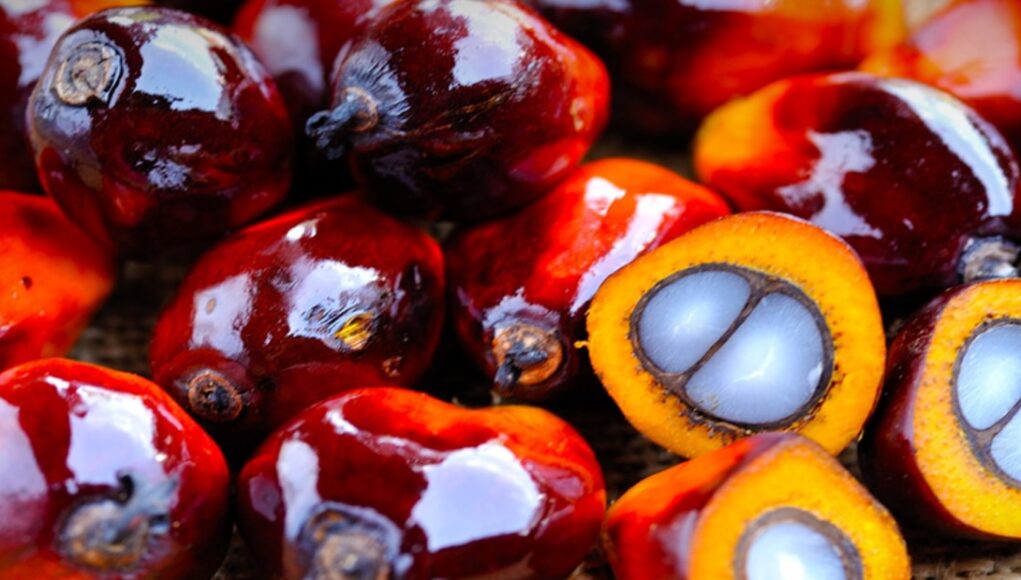 Nigeria was the world’s leading palm oil producer in the early 1960s. However, after focusing on crude oil exports in subsequent decades, it slipped to fifth and now mostly imports the vegetable oil from Indonesia and Malaysia. Crude sales provide around half of all government revenues these days, and most foreign exchange earnings. So, as part of a drive to reduce dependence on crude, the government has sought to return Nigeria’s palm oil industry to its heyday.

President Muhammadu Buhari has made the development of Nigeria’s agriculture a central part of his plan to cut the country’s food import bill, and reduce the reliance of Africa’s largest economy on crude oil sales. But, while efforts to boost the production of palm oil — which is used for cooking and found in goods ranging from toothpaste to soap — have reinvigorated the local industry, they have also highlighted the challenges a new president will face when Buhari’s second term ends next year.

Just after Buhari took office in 2015, the government introduced a ban on the allocation of foreign exchange to importers of palm oil, as well as 40 other products. Importers of crude palm oil also have to pay a duty of 35 per cent. Then, in 2019, the government unveiled a $500mn plan to increase funding to Nigerian producers through low interest loans. The aim was to raise domestic output by 700 per cent by 2027, while meeting local demand.

Domestic palm oil production grew from 1.03mn tonnes in 2017/18 to 1.26mn tonnes in 2020/21, according to the US Department of Agriculture. The USDA projects it will increase to 1.4mn tonnes in 2021/2022. “Once they put palm oil on the list of those that can’t access forex, it triggered this need for domestic production,” says Chibundu Emeka-Onyenacho, sub-Saharan Africa research analyst at investment bank Renaissance Capital. Emeka-Onyenacho adds that, whereas Nigeria imported about 34 per cent of its palm oil in 2014, the figure has hovered at around 25 per cent since the forex restrictions were introduced.

But, despite increased production, supply has failed to meet the demand for palm oil among Nigeria’s 200mn inhabitants. This has contributed to the double digit inflation that has marked much of Buhari’s tenure. And, according to Emeka-Onyenacho, smaller producers are missing out on government’s largesse. “A lot of the money allocated by the central bank goes into the big companies because they are much more viable investments than small scale farmers,” he says. The result is a “fragmented market”, in which the two largest producers, Presco and Okomu, and other established companies are able to invest in more efficient methods, while small farmers struggle to access funds.

Even so, new entrants have been drawn in. One such company is Releaf, which sources palm nuts from smallholders and extracts palm kernel oil at its factory in the southeastern state of Akwa Ibom. It sells the oil to consumer goods companies such as PZ Cussons, which use it in food products and soap. “Nigeria has about twice the demand for vegetable oil than it has supply, and the government has made a lot of innovative policy choices,” says Ikenna Nzewi, chief executive of Releaf, which evolved from a non-profit set up in 2015. However, while Nigeria’s authorities want more palm oil production, conservationists warn of the environmental cost. “Palm oil is among the main commodities driving deforestation globally,” says Sabrina Goncalves Krebsbach, agricultural commodities specialist at conservation group WWF-UK. Krebsbach says the area dedicated to its production worldwide increased from 3.3mn hectares in 1970 to 28.7mn hectares in 2020. Although she acknowledges that palm oil “can be produced responsibly as a part of sustainable development”, she fears that growing demand threatens “more of the same” in the coming decades.

Emeka-Onyenacho argues that Nigeria is less of culprit than Indonesia and Malaysia — the world’s top palm oil producers. “Nigeria isn’t cutting down and burning forests as much,” he notes. Some producers are also signing up to certification schemes, such as the one run by the Roundtable on Sustainable Palm Oil. Chuka Mordi, chief executive of agriculture business Ellah Lakes, says it is applying because the scheme offers a “credible way to show that what you are producing is responsible”. Meanwhile, both he and Nzewi say agricultural opportunities are opening up that extend beyond palm oil. In December, Ellah Lakes announced a partnership with the southeastern state of Enugu to produce rice and build an ethanol processing plant. Nzewi says he was encouraged by the announcement in December of a $210mn African Development Bank loan to Nigeria to set up “Special Agro-industrial Processing Zones”. These are areas where food processors can access reliable electricity supply and a well developed transport infrastructure. “It’s a great example and hopefully a catalyst for more investment in this space,” he says.