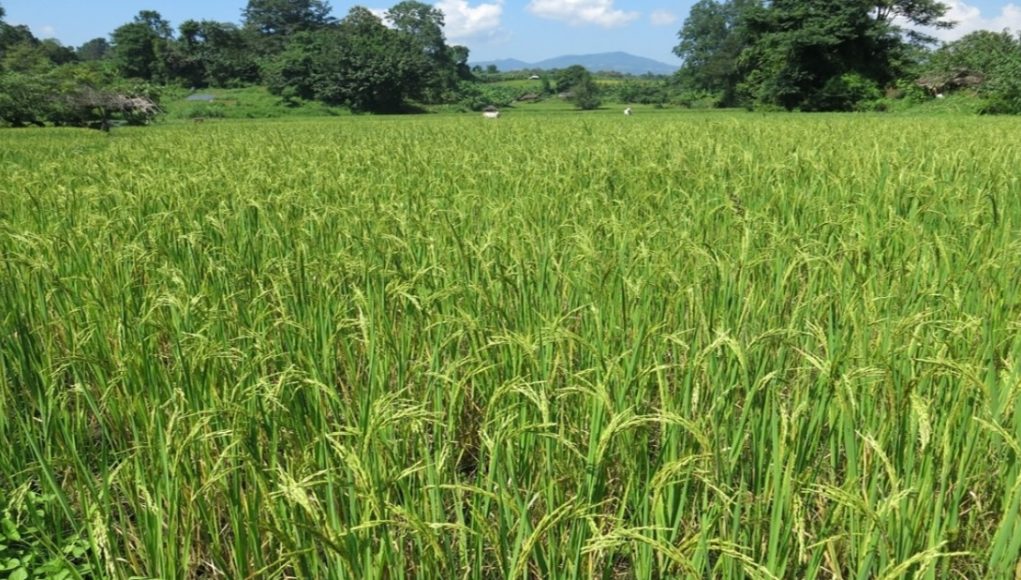 A study by the African Agricultural Technology Foundation (AATF) has revealed that the use of farmer-saved seeds, lack of machinery to support commercialization and low use of fertilizers remain some of the many challenges rice farmers face.

A statement signed by Madam Nancy Muchiri, Communications and Partnerships Unit of AATF said the study further showed that with climate change, many rice farms were being abandoned in the respective countries due to high accumulation of salt, leading to salinity.

It said the results of the study confirmed the fact that as African farmers were beginning to innovate, increase productivity, and drive unprecedented progress across entire economies, climate change—as well as a surge of new pests and diseases—threatened the gains.

It said only 9 per cent and 10 per cent of sampled rice producing communities in Nigeria and Uganda respectively, practised exclusive irrigated rice farming and that all the three countries were affected by droughts since most of the farmers practised rain-fed agriculture leading to low yields.

It noted that more than half of the sampled farmers in Ghana (52 per cent), Nigeria (78 per cent) and 83 per cent in Uganda used farmer-saved seeds for subsequent production.

“The high use of saved seeds was linked to low yields in crops.Other reasons included; lack of money to procure other inputs (fertilisers, herbicides and insecticides) to guarantee yields,” it emphasized.

According to the statement, there was an emerging trend of youth increasingly taking up roles in rice farming in the three countries with Ghana recording 46 per cent, Nigeria 52 per cent, Uganda 47 per cent, which was an indication of labour availability and signals the sustained future of rice farming.

The statement quoted Dr Kayode Sanni, Rice Project Manager at AATF as saying, “For Africa to achieve desired growth in its agriculture sector and to create jobs for the youth and achieve food security, there is need to put in place reforms necessary to unlock agriculture’s potential.

“These reforms include; access to land, improvement of infrastructure, enhancement of extension services and farmer education, access to markets, finance and good quality seeds and adoption of new technologies”.

He said rice was an important food staple and a major source of carbohydrates in Sub-Saharan Africa (SSA) region, adding that in Nigeria and Ghana, it was the second most important cereal consumed and the third in Uganda.

Dr Sanni said rice was grown on a meagre 11 per cent and two per cent of Nigeria and Ghana’s arable land respectively; while in Uganda, it was grown on a total land area of 95,277ha.

He said in all three countries, 80 per cent of the rice was produced by small scale farmers cultivating an area less than three hectares.

“Despite the high number of people engaged in rice production and the area of land allotted for rice farming, the average yield of 2.1 MT/ha during the period of 2012 – 2018 (USDA, 2018), is still extremely low compared to yields of 5.0 MT /ha in Asia,” he said.

“This low yield has led to the three countries being net importers of rice, especially from Asia.Further, this yield rate remains far below the potential productivity for rice in the region and this is attributable to abiotic and biotic stresses”.

According to Dr Sanni, there was potential for increasing the yields of rice in SSA through the development of improved rice varieties with the ability to do well and produce more grains per hectare under the different adverse environmental and soil conditions of SSA.

The report recommends the need to invest in new farming technology for Africa—from better seeds to digital tools to machinery—as the best opportunity for transforming African agriculture into an engine of economic growth that will have benefits far beyond the farm sector; and use of new rice varieties and other innovations to ensure farmers can adapt to climate change, address the challenges to help them improve productivity.