Home Aquaculture ALL IS NOT WELL IN AFRICA’S OCEANS: Distant water fleets are over-exploiting... 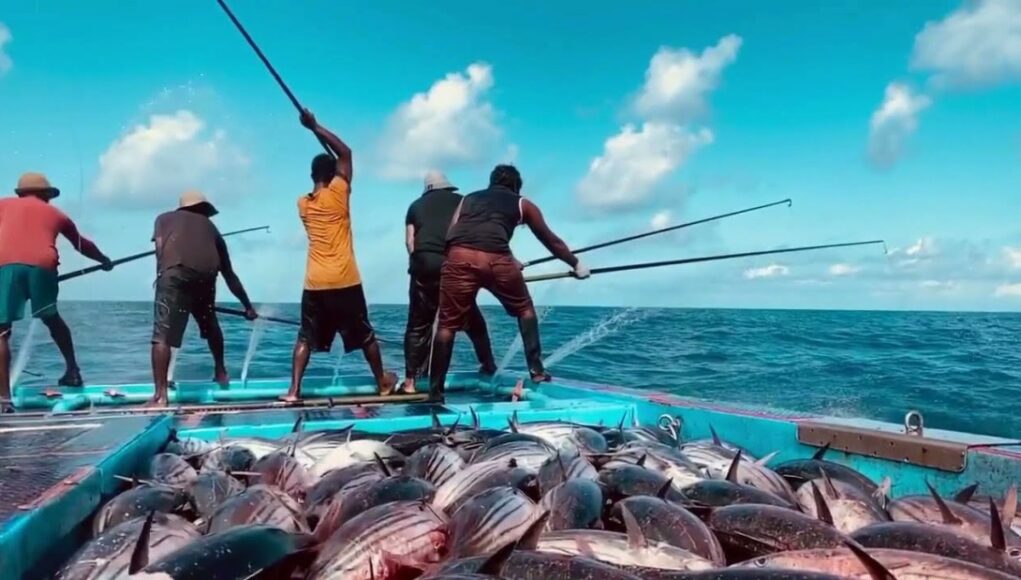 The marine fisheries sector in Africa is enormous. It generates annual revenue of more than US$24 billion.

There are two major players in this market. One group is the continent’s artisanal or small-scale fishermen, who engage in fishing on small boats from coastal communities. The other is industrial fishing, which includes trawlers and fleets fishing in deep water. These ships are sometimes owned by Africans, but they are usually managed by international fishing companies or as part of a joint venture. Access agreements or licenses issued by African states allow non-African fleets to fish.

Perhaps surprisingly to some, the small-scale fisheries make a greater contribution to the continent’s economy than their industrial counterparts. They’re also vital to the livelihoods and diets of millions of people. In Africa, the fisheries and aquaculture sector employs about 12.3 million people. Half of these are fishers, the rest work in fish processing and marketing, or fish farming. Their catch feeds millions.

But all is not well in Africa’s oceans. Distant water fleets are over-exploiting fish stocks through overfishing and illegal, unreported and unregulated fishing. This is because there’s limited domestic or regional capacity to monitor the activities of these trawlers and enforce existing laws.

It’s hard to provide exact data because the actions of some of these fleets are unsanctioned, but it’s estimated that in West Africa, illegal, unreported and unregulated fishing is the equivalent of 40% to 65% of legally reported catch.

The marine fisheries sector is under threat due to these unsustainable rates of fishing, and also because of weak fisheries governance.

Some African states are trying to address the problems of unsustainable fishing through the introduction of new policies and management practices. In a recent paper, we reviewed four case studies of such measures, from Ghana, Liberia, Madagascar and Somalia.

Second, despite a higher incidence of illegal, unreported and unregulated fishing in industrial fisheries than in small-scale fisheries, efforts to develop and regulate fisheries continue to advance the industrial sector. African states have continued to enter new agreements and issue new licences to distant water fleets. They also fail to institute stringent measures to curb their illegal activities.

We argue that the small-scale fishing sector is better adapted to meet the continent’s nutritional and socio-economic needs. States must therefore redirect efforts to govern fisheries towards regulating the industrial sector. They must also ensure small-scale fishers have priority access to nearshore fishing grounds and fish stocks.

We found that African governments are introducing measures that target small-scale fishers while maintaining a “business-as-usual” relationship with the industrial sector.

For instance, in Ghana, a “closed season” was introduced in 2015. This means fishing is prohibited in the period that the restriction is in place. The aim is to protect fish stocks.

According to the plan, the industrial sector must observe a two months closed season, first implemented in 2016, while the artisanal sector observes a one month closure implemented in 2019. This has increased poverty and vulnerability within fishing communities because they are expected to stay at home without an alternative source of livelihood and with little to no support from the state.

Meanwhile, the government gave licences to three new trawlers despite protests from the artisanal sector and NGOs. This ignored a moratorium on the licensing of new trawlers. It also happened despite a 2015 fisheries management plan flagging that the industrial sector was operating at an unsustainable level.

This makes it clear that the government’s interest isn’t to contain the activities of the industrial sector. Ghana’s measures instead target the most vulnerable, who are also the least able to resist and easiest to police.

Governments in Liberia, Madagascar, and Somalia, meanwhile, are reducing the fishing areas of small-scale fishers and enlarging access to industrial vessels. This is happening despite the need for conservation and limited capacity to monitor the activities of industrial vessels. Also, in some cases, agreements with the industrial fleets aren’t providing much in the form of economic return.

Liberia announced the reduction of fishing areas close to the shore (inshore) from six to three nautical miles for small-scale fisheries. This would halve the area that small-scale fisherfolk have exclusive access to. Meanwhile, access to the area between four nautical miles and beyond was granted to industrial vessels from Senegal that are linked to distant water fleets from Spain.

In Madagascar and Somalia, the industrial fisheries sector is being expanded through access agreements and licences to distant water fleets linked to the European Union and China. This is leading to a further decline of legally allocated operational ranges for artisanal fishers and an increased threat to their livelihoods.

Small-scale fishers and their communities are already under tremendous pressure. They bear the burden of conservation policies while being squeezed out by other sectors within the blue economy.

Catches and catch opportunities for local fishers have declined, conflicts increased and fish processors and mongers, many of whom are women, are left with less fish to process and sell.

Fisheries policies and management practices as they stand will only worsen the situation. Coastal states should instead support small-scale fishers by adopting a unified social development approach to fisheries governance.

Such an approach is detailed in the Food and Agriculture Organisation’s Voluntary Guidelines in Support of Small-scale Fisheries. The guidelines, created in 2015 with extensive input from fish folk all over the world, recognise that multifaceted factors undermine livelihoods in fishing communities.

Some of these guidelines include:

Look at fish workers along the entire value chain, from catching through processing to trading fish

By championing and empowering fishing communities in fisheries governance, the guidelines are a critical next step that African states and their development partners should invest in implementing. They are already signatories to them.

African governments must also address the impacts of the industrial fisheries. This can happen through, among other things, greater monitoring and the introduction of no-fishing zones for trawlers, to allow full recovery and protection of species.

States must put sustainability before profitability. This entails building collaborative initiatives that safeguard the social, economic, and environmental contributions of their natural resources. Africa could learn a lesson from the Pacific Tuna Forum Fisheries Agency on how to form alliances to negotiate access as a bloc (for instance through the African Union) to balance power over agreements with distant fishing fleets and place outcomes more equitably in the hands of African citizens.