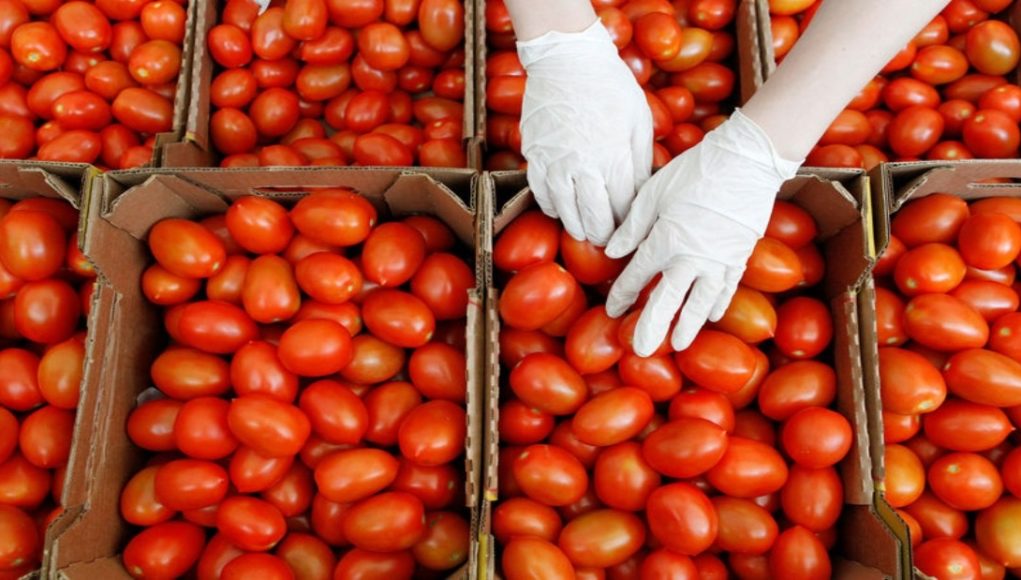 In what is considered to be a first of its kind in Nigeria, Dangote Tomatoes Processing Limited will be using automated Pat Moose planting at its greenhouse nursery in Kano.

He said that the plant can process 350 million tonnes of hybrid tomato seedlings per season enabling the planting of 12,000 hectares of tomato farm.

The pat moose process takes three weeks before proceeding to the next stage reducing the whole process of growing tomatoes to just 3 months.

He stated that Nigeria consumes about 2.3 million tonnes of tomatoes annually and with the establishment of the nursery, “we have created the capacity to triple tomato production, attaining self-sufficiency in tomato production as well as potentially exporting surplus to neighbouring countries.

“Furthermore, this nursery will produce the highest quality tomato seedling available meaning that the farmers can grow the highest yield tomatoes. Currently, the yields produced by Nigerian farmers are less than the global standard. As a result, farmers will be able to earn more income from selling higher volumes of harvests each season.

“Nigeria is on a trajectory to becoming self-sufficient in rice, tomatoes and poultry production. This means that millions of jobs will be created for her citizens.”, Sani Dangote explained.

The African continent imports $40 billion of food annually despite having 65% of the world’s arable land. The public-private model on-going in Nigeria could be adopted by other African countries to also attain self-sufficiency in food production