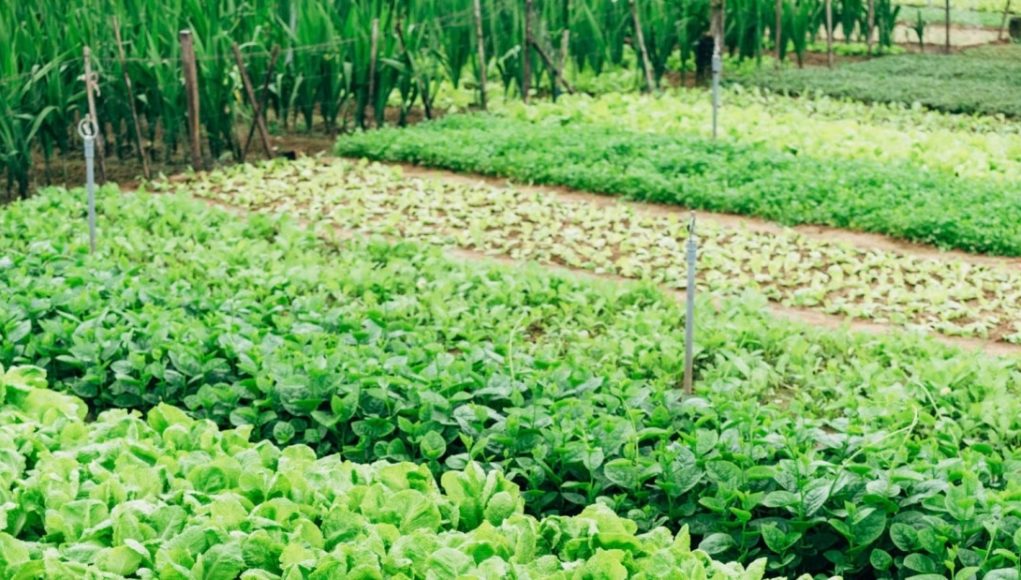 Farmers and others are against an agroecology model that restricts farming inputs in Africa to only indigenous materials, fearing that it would push many more people onto the continent into poverty and hunger.

“The agroecology promoters will use terms like indigenous foods, indigenous crops, indigenous everything. Like we want to exclude new varieties that are coming. But even the corn we eat today is not from Africa. It’s from America,” observed Pacifique Nshimiyimana, a young farmer and agricultural entrepreneur from Rwanda.

“Corn has been here for many generations,” he noted. “And the varieties my grandma had are no longer responsive to today’s climate situation. This means we need to adapt to new seeds that are resilient to climate change.”

Nshimiyimana made his comments during an Alliance for Science (AfS) Live panel discussion on the theme “Agroecology: Opportunities, Constraints, Prospects and Limitations.”

Irene Egyir, associate professor at the University of Ghana’s Department of Agricultural Economics, agreed that achieving optimal production without external inputs will be difficult.

“I have mango plantations. And in the last four months, I have not been able to harvest fruits because of BBS (bacterial black spot disease). Am I saying that I am doing agroecology, so if there are effective or efficacious pesticides that can help me to manage it very quickly, [I won’t use it]?” she quizzed.

Egyir said that indigenous inputs are difficult to prepare. Agricultural models that encourage them have caused a lot of suffering among women in farming communities.

“Even the organic fertilizers, some you have to do it yourself. And that is the problem I have. I just got back from northern Ghana. I’m studying some women in the north. These women are supposed to prepare their biochar, prepare their compost. It is too labour intensive and low input. The small tool they are using is so archaic. So much heat. So much smoke…

“That is not what we should be talking about in 2021 for countries in Africa that want to move forward,” she continued. “Don’t tell my aunty in the village to pound her neem seed, or to turn their compost, or to burn their biochar. It is unfair. Women especially suffer for it.”

Nassib Mugwanya, a Ugandan agricultural communications specialist, thinks “the current version of agroecology we have been pushed down the continent is conservative and not embracive of advances. I would argue that there is an opportunity to embrace some of these emerging technologies.”

In a paper that he published in Sage Journals, Mugwanya wrote: “The urgent need to transform Africa’s agriculture has led to a rise in advocacy for more holistic and sustainable models such as agroecology. However, in the name of working within the limits of nature, and social justice, proponents of agroecology in Africa are—knowingly or unknowingly—pushing for the status quo. The agroecological model advocated is too restrictive to transform the sector. At best, it seeks not to transform, but to trap farmers in the poverty of their current unproductive farming practices.”

The Food and Agricultural Organization (FAO) defines agroecology as the application of ecological principles to protect the environment. It ensures the sustainable renewal of the natural resources necessary for production, such as water, soil and biodiversity. And it makes sparing use of non-renewable resources. By gradually eliminating the use of chemicals, it strives to implement organic farming as a means to improve the health of farmers and consumers alike.

But even some agroecology advocates don’t accept that definition and say there is room for a more inclusive, progressive approach.

“Agroecology, just like conventional farming, can be scaled,” said Dr Charles Nyaaba, head of advocacy and programs at the Peasant Farmers Association of Ghana, one of the organizations promoting agroecology in the country. “If there was a definition — before we started promoting our own — which includes not scaling up our farming activities or confusing agroecology with organic farming, then that is not what we are seeking to promote.”

The FAO, Alliance for Food Sovereignty in Africa (AFSA), ActionAid, Oxfam and other international aid organizations have been promoting a restrictive version of agroecology in Ethiopia, Uganda, Burkina Faso, Ghana, Senegal and other African countries as the future of agricultural production. On its website, AFSA’s list of agroecology principles includes championing small African family farming/production systems based on agroecological and indigenous approaches, resisting industrialization of African agriculture, emphasizing African-driven solutions to African problems and rejecting both the use of genetic engineering and the privatization of living organisms.

Some Western academics and NGOs, including Pesticide Action Network, the Community Alliance for Global Justice and Regeneration International, are also pushing Africa to adopt a narrow definition of agroecology, to the exclusion of other forms of production.

Nshimiyimana views the agroecological model of farming as “a dead theory. As a young farmer and a businessperson, I believe agriculture needs modernization in tools and assets. When fall armyworm pests come, there is no way you can say farmers should not use fertilizers or pesticides. So, when you talk of limiting synthetic pesticides and fertilizers, you are putting millions of farmers who earn their daily bread from farming into poverty.”

Agroecology promoters in Africa have defended the model, insisting it is the sure way to make sustainable production possible. Bernard Guri of the Center for Indigenous Knowledge and Organizational Development (CIKOD) in Ghana says agricultural intensification has failed to feed the world, hence the need for a new model.

“Although there is industrial agriculture, there is still hunger. And it’s because agriculture has been captured by a few people who are using technology to produce for the market. And so, if you don’t have access to the market, you don’t have that food that is there. And so, there is a lot of food in one part of the world. And then there is a lot of hunger in other parts,” he observed.

Nshimiyimana disagreed that agroecology is a sustainable method of production. “Climate change is affecting everyone. There is nowhere you can produce enough if you have pests destroying your farms. If you say you can feed the world with agroecology, there are too many things you are trying to ignore,” he concluded.