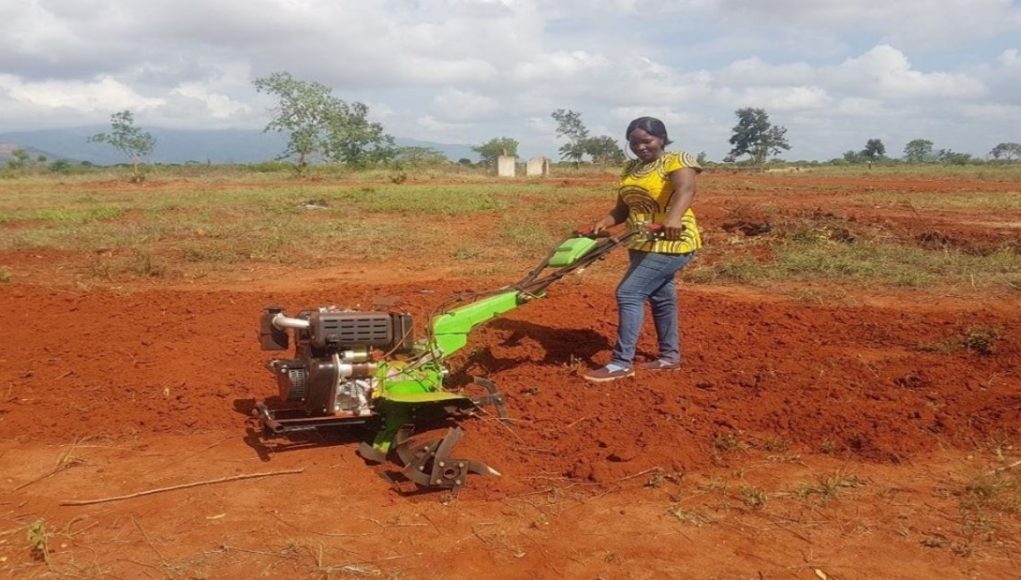 Urbanisation, increased food demand, rising rural wages, and seasonal labour bottlenecks have led to the interest in promoting agricultural mechanisation in sub-Saharan Africa. A new report by the International Food Policy Research Institute looks at the lessons that Africa can learn from Asia in this regard.

Agricultural transformation is imperative for growth and poverty reduction in Africa. Yet progress has been elusive.

The region is a net food importer despite the fact that agriculture accounts for 60% of employment. Main food crop yields are estimated at about half the world average, and rural poverty, hunger and malnutrition are persistent.

In comparison, much less emphasis has been placed on addressing seasonal labour constraints and rising rural wages through mechanisation to promote agricultural transformation.

Up until now the supply of mechanisation in sub-Saharan Africa has failed to meet demand. This is due to market failures associated with characteristics unique to the continent, such as complementary technologies, infrastructure and machine size, as well as improper government interventions.

Meanwhile, lessons from Asia, where significant mechanisation growth has occurred despite smallholder dominance, are becoming increasingly relevant to Africa.

Although tractor ploughing is not directly associated with yield growth, it enables key operations to be carried out on time, which is especially relevant for dryland agriculture in areas with short planting windows.

Evidence from Asian, as well as some African, countries also suggests that tractor use is associated with higher cropping intensity and use of fertiliser.

Case studies in Asia and Africa have shown that the use of combine harvesters has the potential to significantly reduce post-harvest losses, thus increasing outputs per unit of land. In a highly optimistic scenario, these effects of mechanisation can contribute to Africa’s forestalled agricultural transformation.

For this to occur, however, substantial improvements in agricultural engineering research, varietal development, and market development for inputs, credit and outputs would most likely have to complement mechanisation.

A preference for larger tractors
Tractor sizes are often much larger in Africa than in Asia’s developing countries. According to World Bank studies of seven countries, the average power of a tractor is more than 100hp in Ethiopia and Kenya; between 60hp and 85hp in Ghana, Mozambique, Nigeria and Zambia; and between 40hp and 60hp in Burkina Faso.

This stands in contrast to Asia, where power tillers for rice cultivation dominate in countries with small landholdings. Here, medium-size tractors, with a range of 30hp to 50hp, dominate. Farmers in Africa frequently cite heavy soils as a reason for preferring large tractors.

Assessments based on soil data from the Food and Agriculture Organization of the United Nations and others suggest that a greater share of the agricultural area in Africa may have relatively high constraints in terms of soil workability.

In Asia, when weighted by the size of the agricultural area in each country, 74% of soil may have either no constraints or only slight constraints, whereas this ratio drops to 58% in Africa.

These ratios may vary considerably across subregions; for example, the share of soils with workability constraints is considerably higher in South Asia than in East or Southeast Asia.

Similarly, soil conditions in rural Africa are highly heterogeneous even within a locality, and soil knowledge may still be very limited due to weak capacity for soil research and soil mapping across different agro ecological zones within a country.

This implies that, for some areas, soil conditions may not require tractors as large as those typically used. Moreover, interviews with farmers in both Ethiopia and Ghana show that they often prefer deep ploughing, which uses a large disc plough that requires a more powerful tractor, even when it is not ideal for their soil conditions.

More important, African farmers might have had more exposure to large and high-horsepower tractors than to smaller types due to their governments’ introduction and continued promotion of second-hand tractors.

As a result, it could be that tractor owners, operators and mechanics have become experienced only with these large tractor models, and perhaps the supply chain for both tractors and spare parts has developed only for the few popular brands of large tractors.

Farmers might be willing to adopt smaller tractors to some degree. In recent focus-group discussions, Ghanaian farmers expressed willingness to purchase 45hp to 55hp tractors if they were 20% cheaper than the 65hp to 70hp tractors that are the most commonly used.

However, they would not consider a tractor of less than 40hp at any price, as they believe such a tractor to be too weak to plough heavy soils.

More still must be known about why farmers prefer large tractors and under what conditions they would adopt smaller machines. With scarce knowledge of soil conditions, it is difficult to determine the optimal level of horsepower required for different soil conditions in different areas.

Without such knowledge and information on different ploughing methods, farmers are unlikely to change their preferences and adopt smaller machines.

It is also difficult for manufacturers in tractor-exporting countries to design new equipment suitable for local conditions in Africa. Even where significant demand for ploughing does exist, the number of medium- to large-scale farmers who are capable of purchasing tractors may still be suppressed because of the indivisibility of such investments, and this can limit the supply in hiring markets.

Although tractors acquired through private channels tend to be second-hand in Africa,
their cost is still relatively high, especially when compared with the tractors that were adopted by Asian farmers at the early stages of mechanisation.

In addition, ploughs and other implements have to be imported new, and the implements for large tractors are more expensive than those for smaller tractors.

Historically, private and government credit was important in the adoption of mechanisation in some Asian countries. Whereas the upfront cost for a tractor in Africa is significantly higher than in Asia, there is little use of credit for tractor purchases in Africa.

This probably relates to African private banks’ reluctance to lend to farmers, which is associated with the poor performance and low repayment of agriculture-related loans.

Another key factor seems to be the difficulty of registering land as collateral, as well as general concerns about the viability of the commercial value of agricultural products.

Lack of coordination
Leasing schemes for machinery in Africa are underdeveloped, and joint liability schemes, often implemented through co-operatives, have been riddled with collective action problems.

One promising case is a contract farming scheme in Zambia that facilitates access to credit for tractor purchases to its emergent farmers, who are guaranteed to have other nearby members of the scheme as customers for ploughing services.

Such schemes can potentially help address the credit and uncertainty constraints in the equipment-hiring market.

The lack of coordination among farmers appear to be a bigger issue for agricultural machinery hiring in Africa than in Asia.

Consolidating demand within the locality to attract service providers seems harder in Africa than in Asia, due to greater heterogeneity even within the relatively small geographical area, including soil types and cropping systems.

The dominance of rainfed agriculture in Africa, with relatively long planting windows in some tropical conditions, causes farmers in the same community to plant at different times.

As a result, operators of tractors or combine harvesters are reluctant to provide hiring services to small farmers in a community when their fields are not ready for ploughing at the same time, because dispersed plots consume more time and fuel.

These constraints can be binding at early stages of mechanisation growth, although they can be partly overcome as the overall demand for mechanisation rises to a sufficiently high level.

Taking advantage of information and communication technology could also present an opportunity for the private sector to help farmers overcome hiring failures.

Uber-type hiring modalities such as Hello Tractor are also potentially promising in the long run. However, more evidence is needed to evaluate their impact on efficiency, long-term viability, and outcomes for farmers.