Home Africa Over-exploitation of Africa’s fisheries: Not enough fish in the sea 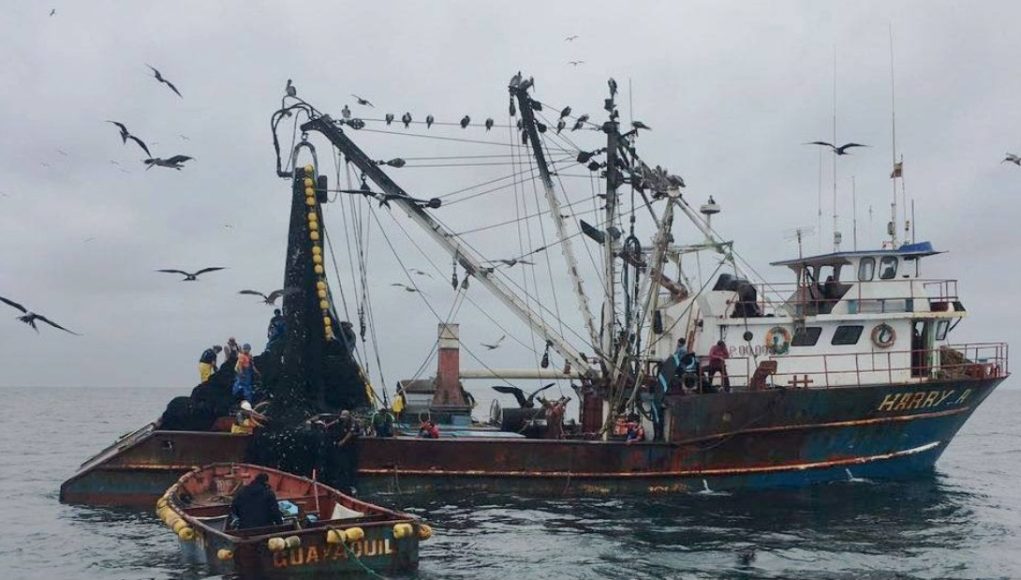 China’s role in illegal, unreported and unregulated fishing has a disproportionate impact on Africa.

There has recently been some controversy surrounding the mining of bauxite (a precursor to aluminium) in Ghana, with the role of Chinese investment taking centre stage. Bauxite promises to inject big money into the lower-middle-income country, but there are also serious environmental concerns with the project.

Along with bringing more than US$2-billion worth of infrastructure, it has the potential to taint the primary water source for roughly five million people. More broadly though, the issue brings to the fore the role of Chinese investment in African growth models.

Largely due to China’s domination of trade in material goods, the scale of its overall investment in Africa is often exaggerated. According to the World Economic Forum (WEF), China has less than half the stock of foreign direct investment (FDI) of either the United Kingdom, France or the United States. Forbes agrees, noting in an analysis of investment trends in Africa that “Europe continues to stand out as the largest investor”.

However, the Forbes and WEF analyses also point out that the growth of Chinese investment in Africa far outpaces any other nation. Between 2010 and 2014, Chinese FDI increased at a rate more than double that of any of the above-mentioned countries. China is also, by far, the largest investor in infrastructure projects in Africa, pledging another US$60-billion at last year’s Forum on China-Africa Cooperation.

As China becomes an increasingly important partner for many African countries, China’s own domestic and national policies will have more and more significance for countries doing business with it. One prominent example is China’s “exportation” of coal-fired power plants, while it aggressively subsidises renewable projects within its own borders.

In June 2019, Kenyan non-governmental organisations were able to defeat an effort led by a Chinese consortium to build a 1,050MW coal plant near a United Nations Educational, Scientific and Cultural Organization heritage site in Lamu, Kenya. The plan was only narrowly defeated in the courts, and appeals are ongoing.

A key point to consider is that Kenya has strong institutions and levels of civic participation compared to other African countries. There are good reasons to believe that other states may not be able to advocate as effectively for environmental protections in the face of large financial gains for corporations and elites.

While coal has received a fair amount of attention, other economic activities with environmental impacts are far less frequently reported on. One issue that flies under the radar in terms of its potential human impact is illegal, unreported and unregulated (IUU) fishing.

In November 2019 the Stimson Centre released a report on global IUU fishing. Among other things, the report looked at the countries where distant water fishing fleets most often cross into territorial waters and found that 10 of the 20 most frequently violated countries were in Africa.

However, when weighted for population, African countries account for more than 90% of the people living in those 20 countries. This total includes Papua New Guinea, which accounts for the bulk of the remaining 10%. The full extent of the damage to fish stocks and the ecological sustainability of these areas are hard to determine, but as distant water fishing is estimated to employ up to 56 million people, the impact is likely to be significant.

The report also found that three of the five ports most frequently used by IUU fleets are African. Stimson suggests this is no coincidence as deep water fleets actively take advantage of weak institutions and a lack of economic opportunities in some African countries. Several survey participants from Mozambique said they believed “political decisions drive the access agreements, with little to no concern for the environment or conservation of fisheries”.

This belief was in large part validated when an associate of a Chinese fishing company was caught publicly threatening a high-ranking official at Mozambique’s Ministry of Sea, Inland Waters and Fisheries. Perhaps unsurprisingly at this point, the report indicated that roughly 65% of deep water fleets conducting IUU fishing were operating out of either China or Taiwan.

The over-exploitation of African fisheries will not only have long-term ecological consequences, but is also already negatively impacting economies. Catch sizes for local fishers are dwindling, and competition for limited fish stocks has already led to violent conflict in Africa.

Dealing with Africa’s food security challenges and managing the continent’s relationship with China are both key for the continent going forward. This is a rare instance where those interests almost directly overlap, and present an opportunity to establish a framework for sustainable cooperation, both economic and environmental.

Improving transparency in the fishing industry represents an important step towards better food security and economic livelihoods for millions of Africans. It will also protect some of the most plentiful and endangered fish stocks on Earth.